Does Selling Out Kill Your Brand? 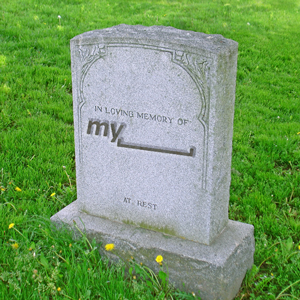 MySpace and FriendFeed were early social platforms that grew their community and eventually found their respective suitors.  But was acquisition the kiss of death to these companies?  It seems that after they get their payday these companies are forgotten by their new owners for several reasons.

FriendFeed was supposed to be the Twitter killer for Facebook. FriendFeed is a service which, instead of layering a meta-network on top of all your other social networks, will create a news feed incorporating them all much like the Facebook news feed.  FriendFeed was acquired by Facebook in August of 2009.

By providing a microblogging platform to Facebook, it appeared that it would compete for the 140 character crowd and challenge Twitter.  But it never happened.  In fact Facebook’s integration of FriendFeed into its status updates never materialized and unique visitor traffic to the site has dropped from 800K visitors to 200K over the past year.  With Facebook’s recent acquisition of Beluga, FriendFeed’s days may be over.

MySpace had it’s big payday with Fox. After purchasing the number one social network in 2005 for $508 million It became a lonely stepchild in the Fox family.  Once the king of the social media networks, it’s growth has declined over the past few years as Facebook’s has grown.  Recently Fox announced that it was planning on shutting Even though it has more users than Facebook, its growth has stalled and now Fox is looking to shut it down by this June.

So what happened?  First and foremost when companies get bought out for a big payday like these two there is some loss of talent via attrition.  The new owners are challenged to find new creative leaders and must integrate the new company into their corporate culture.  This was the case when Macromedia and Adobe merged, although Adobe was the larger, more established company, Macromedia’s culture became the dominating force in the new organization.  Failure to integrate properly can stifle creativity and hurt the product or service.

Another factor can be that the new owner does not understand the business model of the acquired company.  In the case of Fox they wanted to get advertising revenue but ignored the user experience and how to grow the community. As traffic to the site declined so did ad revenue.  Leaving Fox with a property that is dying.

Maybe Groupon and Facebook have the right formula.  Stay private and keep the quality of your product high and continue to evolve the user experience.