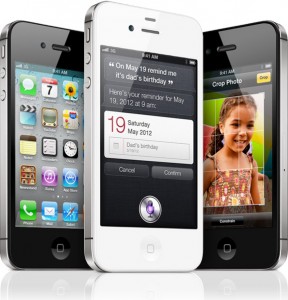 Apple’s announcement yesterday disappointed some that wanted to see a new iPhone design, the iPhone 5.  Had the iPhone 5 been announced there would have been throngs of innovators, early adopters and first droppers lined up to buy the device on the first day, shattering sales records and making news. But that did not happen and as a result Apple’s stock dropped 5% even though they are delivering another quality product. The new iPhone 4S was announced with some major improvements:
But it won’t come in a shiny new design. So Apple will have to say goodbye to the 16% of customers that must have iPhone 5 to buy.  Innovators and early adopters make up 2.5% and 13.5% respectively.  Sure they give great buzz and short term gain that Wall St. loves but they don’t sustain the product sales over the long haul. And those first droppers? Heck forget about them.  They are going to be the first to drop your product and move on the the next greatest thing that nobody knows about or has proven effective, they just want to show how uber cool they are all the time.
So who was Apple going after with the 4S?  They are going after the 70% of customers that make up the meaty part of the bell curve called the early and late majorities.  Each of these groups have 35% of the customer base and they are what keep companies profitable over the long haul. iPhone customers that want to upgrade their 2 year old 3GS or older 3G will upgrade to the 4S and enjoy the shorter lines and wait times.  Consumers that have not bought smartphones will upgrade now that it’s a proven design with improvements on antenna and more carrier compatibility.  Wall Street will even forgive Apple as they buy shares lower today and sell at increase in 6-9 months when iPhone 5 has launched and Apple sold millions of 4S phones as well as the iPhone 5.
What’s your take on Apple’s announcement?  Was it disappointing or another great release from the largest technology company in the world?
Categories: EventsMarketingStrategy
Tags: Applebrandingmobile