With a new social media site being announced every few days I wanted to go back to some of the sites that were abuzz a jew years ago. After the initial launch and buzz what happens to these sites if they don’t attract critical mass? I decided to look at three sites that I have not looked at in over a year.

Plaxo is an online address book and social networking service founded by Napster co-founder Sean Parker in 2002 that as of a few years ago reported 20 million users. Plaxo provides automatic updating of contact information as users store their data on Plaxo’s servers. When users update it updates all their connections address books and users can connect and access the address book from anywhere. I tried Plaxo but found that I was already connecting with other business users on LinkedIn. One of the annoying factors that Plaxo has that I did not like is that I received many email invites to connect on a platform that I had already abandoned. This did reflect poorly on the company as it was accused of violating email spamming laws. Plaxo was acquired by Comcast and in 2009 announced that it would charge for the Microsoft Outlook synchronization service. 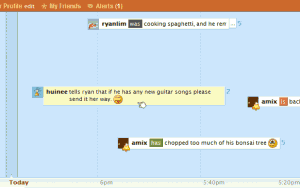 Plurk was an alternative microblogging platform to Twitter launched in 2008. It lists user updates or “plurks” in a timeline which lists all the updated received in chronological order and delivered to the other users who have signed up to receive them. The majority of Plurk’s traffic comes from Taiwan. I found a single user that said he used it a few years back when Twitter was experiencing frequent outages and he used it to communicate. What it lacks is the ability to create groups, aggregate information and other useful tools that Twitter employs to organize communication.  When I checked Plurk recently it seems to have abandoned the timeline updates and the user interface looks very similar to Twitter with a vertical feed. 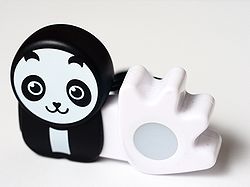 Poken is both a social site and hardware device that allows the exchange of online social networking data between two keychain accessories. Each person must have his or her own device in order to exchange information. It has been called the social business card and attempts to be a digital replacement for physical business cards. The keychain device is inserted into a USB drive and data is uploaded to the site. Like Plurk users were presented in a horizontal chronological timeline. For the few users I actually connected to it imported them twice and never could figure out how to get rid of the duplicates. I also found it hard to use when swapping information with other Pokens.  The light was covered and there was not way to determine if it worked other then blinking light sequences.  I usually still swapped paper business cards. I actually won my Poken at a Raleigh Social Media Club event and used it for several months but only exchanged info with a handful of users. The battery eventually died and I was unable to find a replacement. Now I’m not even sure where the device is.

It will be interesting to see if these technology companies will survive over the next few years. In my next post I’m going to look at how Plaxo and two other sites have survived after being purchased by major corporations and if it was a good or bad move for them.

Have you used any of these networks lately or have they fallen off your radar?