Marketing Lessons from The NFL 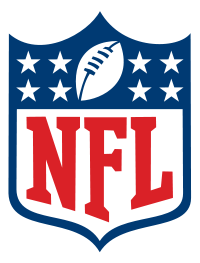 We’re halfway through the National Football League (NFL) season and this is the time of year that I love.  Temperature is cooling down, leaves are changing, Halloween, Thanksgiving and Christmas are the holidays and the NFL season is in full swing.  There’s a reason why NFL football is the number one sport in the United States, well-done marketing!  Everything you need to know about marketing can be learned from watching and studying the NFL.

The NFL devised the draft in 1935 to acquire the top college players and have held a draft every year since 1936.  Since then it has become a prime time television event and the model for other leagues to acquire talent.  Even though there are several rounds, the first round and top dozen picks get more media attention and millions of dollars for the picks than some companies in a single year.

Official NFL jerseys sell from $80-150 depending on the team and player.  Watch or attend any game and you see a large portion of the fans wearing them.  Go to any sports bar on a Sunday and you’ll see even more.  In addition to jerseys, team logos appear on just about every product and each one pays a licensing fee to the NFL for the right to use or risk serious lawsuit from a team of high price lawyers and copyright infringement from the feds.

Ads are everywhere but the uniform and the field.  The NFL knows that if they slap logos on the teams and the field of play it cheapens the game and could create backlash among fans.  Yet we see ads everywhere else and placed without all the tackiness of NASCAR and European Soccer that slap ads anywhere on the vehicle and athlete possible.

The Superbowl, do I really need to explain this? It’s the most watch sporting event on the planet, every year.  Commercials cost a million dollars and can give you exposure for to launch a company.

Humans love routines and a consistent time and date makes it easy to build a regular routine around a sporting event.  The majority of the NFL games are played on Sunday and usually at 1 pm local time.  Even with Monday Night Football and the second-half Thursday night games, most fans get their fix starting at 1 pm on Sunday.  For the uber-fan you have primetime games on Sunday and Monday and the occasional Thursday night game.

Instant replay was once a TV feature has now become part of the rules.  This year we see automatic review of scoring plays to eliminate error.  While I’m not a fan of instant replay as it slows the game down and takes out the human element, it is an analytical process that helps ensure accuracy.

When Hank Williams shouted Obama is a Nazi on Fox News ESPN cut the cord before the NFL had to step in. ESPN knew that the NFL does not need Hank Williams to sell MNF and realized his time had come.  Smart move and thank you!

Early on the NFL realized that players tweeting during games would be a distraction and issued a social media policy banning tweets and social media messages starting 90 minutes before the game and lasting until after the game finishes.  Instad of waiting for an incident the NFL realized that a clear, concise policy was the best way to keep the attention on the field for players and staff.

Only a half dozen players, coaches and contributors to the game get elected into the NFL Hall of Fame every year making it an honor and priveledge that most players aspire to.  Instead of flooding the Hall with great players, it’s reservered for the best of the best.  Wonder what it means to the inductees? Watch any induction ceremony and you’ll see a full range of emotions.

More water cooler chatter on Monday mornings is about football and specifically NFL football than any other topic on a regular basis.  How many times have you heard, “did you watch the game?” on Monday morning?