The Google+ Project: Should I Stay or Should I Go? 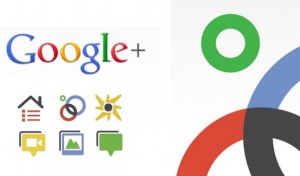 Google announced its latest entry into social networking this week with The Google+ Project.  Today I received an invite to join the network and find myself at a difficult decision. Should I create an account, link to friends and create another online presence? Or should I wait and see if this sticks?  Part of me wants to see what it is and how it works.  For work I need to have a basic understanding of how social networks influence digital marketing campaigns.

On the other hand will this network be around in a year? Google’s past social media efforts failed.  Google Buzz was poorly released and automatically pulled all your contacts into it with little warning.  Then if you wanted to kill your account it had reprucussions with other aspects of your Google account so you felt a bit trapped.  Google Wave was release with much anticipation and killed off quickly, even though you can still access the site.  Like a fine wine, it needed some time to breathe and that did not happen.  I know many people will say that it was around a year which in “internet time” is like 10 years but that’s nonsense.  Wave had some great collaboration features and had a confusing launch to say the least.

As a marketing person I have to ask why Google has decided to create a competitor to Facebook.  I know they are battling for website traffic and users.  But part of me wants to say to Google, “stick to what you know and do best!”  Search, analytics and collaboration tools are where Google shines.  Users go to Google to search, use GMail to communicate, store and share documents on Google Docs and research and track site traffic with AdWords and Analytics.  Do people really want to go to Google to share their photos, short messages, what they had for dinner and other minutua we see on Facebook and Twitter all day?

As users do we really want to have another Facebook?  I think one is enough for me to keep track of and update.  LinkedIn is great for business and I use Twitter to keep informed and update to date on specific topics and communities of friends and others.  I’ve enjoyed connecting with people on Facebook.  It’s clean, easy to use interface has made it simple  to connect with friends and family that I don’t get to see in person as often as I would like.  It’s more social than LinkedIn or Twitter.  There is critical mass there that allows us to connect with a large portion of our community.  Heck no system is perfect and I have several friends and family that Facebook is not a great connector as they are not present or active enough to have a relationship on the platform.

My guess, and I hope I’m wrong, is that Google won’t get a gazillion users on it in less than a year.  They will deem it a failure and proably pull the plug.  If so will it affect my Google contacts and other account features like Buzz does?  If that’s the case then I’m less likely to join it.  Do I create a basic presence there just to have an understanding of Google’s social network platform? Will it be worth my time or just another place to update what I’m doing?

So I’m back to my original question: Should I Google+ or Should I Go?