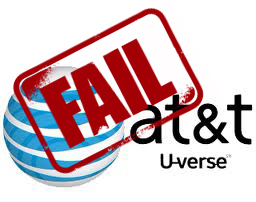 This week AT&T had a massive outage of its U-verse network that offers voice, digital cable and high speed Internet to consumers and businesses. This most recent fiasco has further tarnished the AT&T brand that it appears the company has either given up on PR and customer service or does not have a strong and savvy management team in place to deal with the challenges of being a major communications company.

In the most recent chapter of the ongoing AT&T saga, a total lack of understanding of the ability to communicate to customers, media and the public was evident. With social media there is a clear channel beyond calling customer service to easily facilitate broadcast messages to an engaged audience.

I was actually affected by the outage and followed AT&T’s actions and lack off during the most crucial times. Customers began experiencing service disruptions on Monday. My service died sometime Monday night after I went to bed. Noticing the error we contacted the company on Monday and were informed that there was a widespread outage for Uverse and that North Carolina was not being affected according to the representative.

My wife then went to Twitter and saw that other customers in NC were affected. I immediately looked at the Twitter chatter and noticed that despite a flood of customers asking for information the company just issued a standard, we’re having problems tweet. If you look at the stream below captured on Jan 24, 2013 AT&T U-verse social media and PR team did not utilize Twitter as frequently or early on during the crisis. 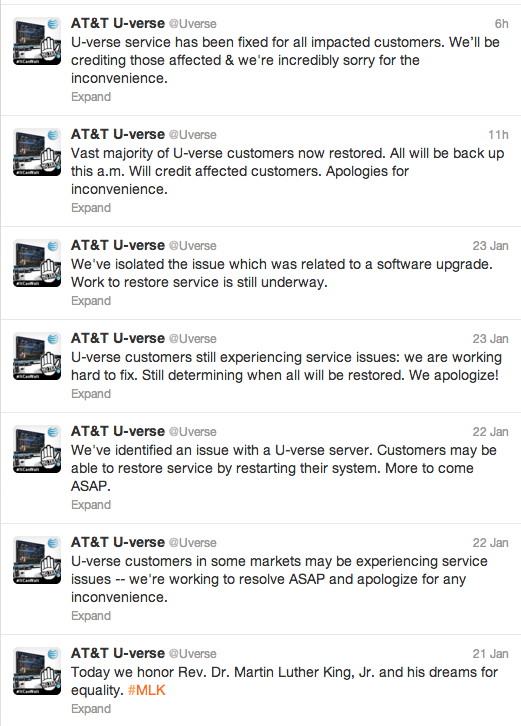 AT&T U-verse Twitter stream during network outage was poor to weak at best.

AT&T’s communication and reaction on Facebook was just as poor.  For the whole first day of the outage the company only had a simple post about MLK holiday.  All day Tuesday as customers were asking what was happening the company did not up a single post.  Then on Wednesday 2 posts. One that said the problem was related to hardware issues, the next saying that it was software issue.  To add insult to injury they tried to downplay the size of the problem stating that the outage was only affecting 1% of customers.  This clearly did not seem to be the problem as outages were reporting across several states. 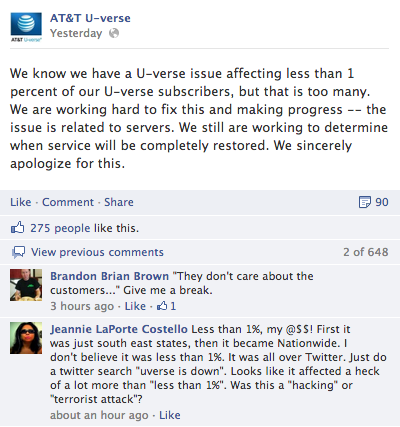 By Wednesday evening several customers were asking AT&T why there were not communicating using social media and other digital communication channels like email and text to keep customers informed.  Between the trickle of information on social media and what appeared to be radio silence on text and email AT&T just feed the customer frustration fire that gets flamed with viral reposts, likes and sharing on social networks.  I think most customers including myself would understand that shit happens and sometimes, major network fails can occur. 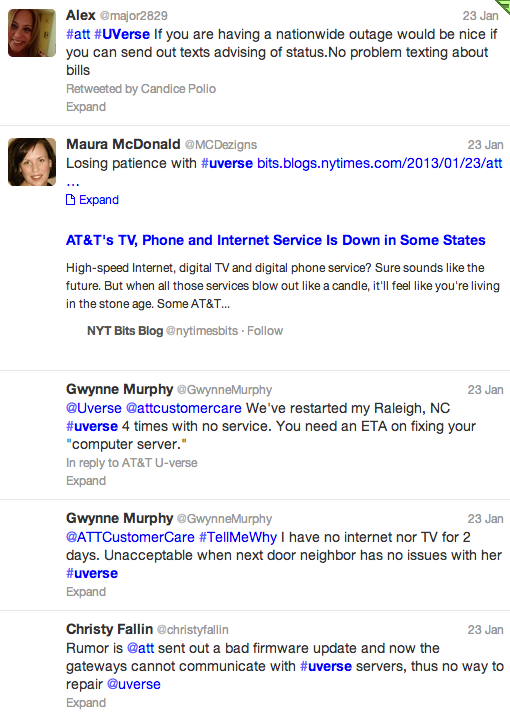 Affected ATT U-Verse customers were pleading for information and receiving nothing substantial.

What customers don’t want is to be ignored during a crisis.  They want transparency and clear communication as to what the status is and anticipated recovery time.  The majority of your customers will be satisfied with confident and timely communications.  What amazes me is that we are at a point in time where using social media and digital communication should be primary part of crisis communication plan.  You would think that someone at AT&T had to either be asleep at the wheel or choosing not to participate in the discussion.  Either way it’s another PR black eye for the communications company.
Categories: Digital MarketingevergreenPRSocial MediaStrategy
Tags: brandingcommunity managementevergreenFacebookPRpublic relationsreputationSocial Networks