Are You Being Heard? 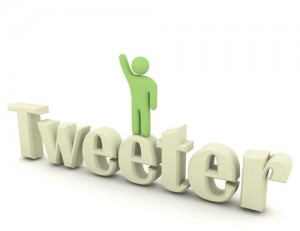 I joined Twitter on June 21, 2008 and for the next few months did not really know what to do with it.  I read about Twitter in the spring of 2008 and was interested to see what the buzz was about.  I don’t text often so the whole 140 character limit was new to me.  That aside the major problem was what do I use this for? What do I write?  I’m a marketing communications guy and used to writing about my company, its products and services, bios for execs, etc.

So approximately two years ago I was driving up to Washington, DC to see the Allman Brothers play at Merriweather Post Pavilion with some friends.  We all used to live in the area and were excited to see the band at the old familiar venue.  On the way it dawned on me that I could use Twitter to communicate the setlist.  I was so excited when I saw my friend and shouted, “I found a use for Twitter!”

During the show I punched in the song titles into my Blackberry QWERTY keyboard.  I probably made several typos, a few wrong titles but in the end it was a very cool experience.  The next day I was amazed to find several other fans following me including @Jerry__Garcia.  Too bad Twitter does not work from the afterlife!

Going back several years I remember my first Grateful Dead show was in DC as well.  The one thing I vividly recall was one of my friends had a small pouch he wore around his neck with a pad and pencil so he could write down the setlist.  Aftwards we all sat around as he recanted the songs and we shared memories of the concert.  That show was in 1991.

It’s hard to believe that almost 20 years have passed since that show but at the end it’s all about communication.  If we use a pen and paper or a mobile device the end result is still the same, a message going from the sender to a receiver.  With every communication we make there is an expectation that there will be someone receiving it and possibly reacting and communicating back to us.

Social media has changed that in that we don’t always know if our message is being received.  In the case of Twitter we do know at times when someone replies to us via a direct message or a reply.  Yet with some events like trade shows Twitter has become a giant echo chamber of people repeating every good speaker quote.

So this presents the question that if you post a message on Twitter and there is no feedback, are you being heard?  Or are we creating noise and chatter?